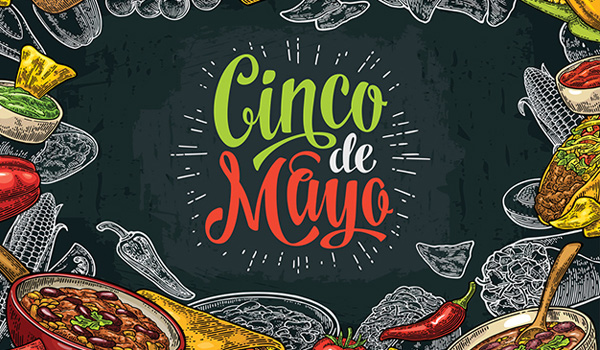 The funny thing about Cinco de Mayo is that actually it isn't celebrated in Mexico as broadly as it is in the US. The event, held on the 5th of May, commemorates the Battle of Puebla when 2000 poorly trained peasants fought and won against 6000 French troops led by Napoleon III.

While the Battle of Puebla is a minor holiday on Mexico, in the US it has become an opportunity to celebrate Mexican heritage and culture, and of course a chance to throw parties and have some fun. So, have you considered organizing a Cinco de Mayo fundraising event? Here are some ideas:

Mexican Fiesta and Buffet There's nothing like a Mexican themed party to get everyone's spirits up. Throw a fiesta with a buffet of Mexican eats like enchiladas, empanadas, tacos, and tortas. See about getting the help of a local family-run Mexican restaurant to provide some real Mexican food. The country is famous for its amazing food, so give your supporters chance to taste it for themselves. Charge per item, per plate, or an all-you-can-eat cover fee.

Smash a PiñataWho doesn't love smashing a piñata and watching its contents spill to the ground? You can turn it into a fundraiser too. Provide the materials to build piñatas, and charge people a small fee to make their own which they can take home. You'll need cardboard, cutting tools, newspaper, and paste to create the piñatas, you can find several tutorials online. And then of course you'll also need goodies to fill them with. We have a great variety of lollipops; from sour to sweet, and in lots of shapes and forms. You can also add some healthy options like fruit snacks. Don't be shy, the idea is to have a great variety of things in the piñata, and it's a fun surprise to find out what will fall from them.

Historical Lesson If you're a history buff, you can offer classroom lessons on the real story of Cinco de Mayo. Many people might not know the history behind it, and some think it's the celebration of the Mexican Independence, so you can share some Mexican history and improve their understanding not only of our southern neighbours but of the history of this continent. Set up the history lesson as a short seminar with videos and photographs to make it as interesting as possible. Pass around a bucket at the end so people can tip their teacher!

Teach a Dancing Class Even though rhythms like Salsa, Cha cha cha, Mambo, Merengue and Bachata are not originally from Mexico, dancing is usually associated with Mexican culture (and all Latin American cultures, for that matter!) so if you know a good dance instructor see if you can get them to host a dancing class for Cinco de Mayo. Charge students a cover fee at the door, and reward them with some authentic Mexican snacks when they're done dancing. Everyone will have a great time, even if they aren't good at it.

On Cinco de Mayo, take some time to appreciate what the holiday really means and the many colourful aspects of the Mexican culture which bring it to life. These fundraising ideas are just a handful of ways to do that. Best of luck!