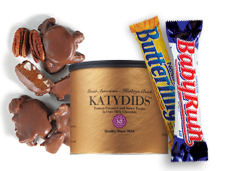 If you are a boss anywhere in North America, you have most likely been confronted with the issue of employees fundraising at work on behalf of their children. How do you respond?

Many parents feel compelled to come to the aid of their children - it's only natural, right? Whether it's a new playground, an expanded library, a sports team, or any number of cultural pursuits, parents want the best for their children. As we're all living in an era of government cutbacks and diminished budgets, schools, churches, and community groups are struggling to fund their programs. Fundraisers are a mainstay in this economy, and they're only becoming more and more common - and children are being sent out to collect the funds.

While they deal with this reality, not all parents are always happy to do their children's 'dirty work' as fundraisers can place their children in a competitive situation. For instance, school authorities may require each child to sell a quota of chocolate bars. Even where there is no formal obligation, children often feel obliged; however, not all are able to achieve the same results. Some children have a large pool of potential customers built into their extended family. Others may have to rely on neighbours or strangers. Shy children may be anxious at the mere thought of approaching strangers to sell chocolate. Parents may be even more stressed imagining their kids in that situation, and most will step in to take the load off their kids' shoulders.

And that is how parents wind up at work with chocolate bars for sale - so how do you - the boss - react?

There are ways that you can support your employees - assuming that you are sympathetic to their 'predicament'! Imagine, for example, that you manage a retail outlet that does not sell confectionery items: you could offer your fundraising employee the privilege of placing the chocolate bars next to the cash register. You might even allow them to ask customers, after the sale has been completed, if they would like to buy a chocolate bar in support of the local fundraiser. You could then monitor the reaction of customers: they may appreciate your gesture in support of the community and think even more highly of your business!

Complications at the Office

If you manage an office, then your employees have likely offered chocolate bars to their colleagues at some point or other. And when a few of them have kids in the same age groups, several employees may find themselves in competition with one another, acting as proxies for their children. Or - the number of fundraisers may exceed the demand for chocolate among the office workers. What if someone in a position of authority asks colleagues to buy chocolate bars for a fundraiser? Such a situation could be construed as an abuse of power, since employees may feel obligated to buy against their will. In such cases, it might be wise to establish some basic ground rules: perhaps a notice could be posted that publicizes the employee's fundraising efforts. That would leave the choice to support the fundraiser in the hands of the employees.

On the other hand, many employers plan office gatherings from time to time. Why not use the party fund to buy several chocolate bars to add to the festivities? Such gatherings are intended to reinforce the morale of the office, and by demonstrating an interest in an employee's role as a parent, you are also contributing to the building of a considerate and supportive office atmosphere.

Our goal at Fundraising.com is to understand your situation and help to find solutions. We are always available to discuss your concerns and to help out when it comes to the world of Fundraising.